Make the most of your time visiting Kuala Lumpur! I’ve curated this list of the top 17 attractions in Kuala Lumpur, Malaysia grouped by proximity.

The Royal Museum (Muzium Diraja in Malay) was once the palace for the Supreme King of Malaysia. Basically, it’s the Malaysian White House.

A nice place to learn about Malaysian culture through people watching.

Museum dedicated to the P Ramlee, who greatly contributed to modern Malaysian culture.  As Wikipedia explains, “Tan Sri Datuk Amar Teuku Zakaria bin Teuku Nyak Putih (Jawi: تاوكو زكريا تاوكو ڽق ڤوتيه), commonly known as P. Ramlee (22 March 1929 – 29 May 1973) was a Malaysian film actor, director, singer, songwriter, composer, and producer. Due to his contributions to the movie and music industry and his literary work, which began with his acting debut in Singapore in 1948 to the height of his career and then later moving to Malaysia in 1964 onward where he moves towards his decline and death, he is regarded as a prominent icon of Malay entertainment; with his famed even reaching as far as Brunei and Sumatra, Indonesia as well as in Hong Kong and Japan.”

Official website describes the museum as “a Science Discovery Centre that uses a fun and interactive approach to tell the story of the science and technology of the petroleum industry.”  Malaysia wants everyone to know they have oil.  Visit and make them feel good. 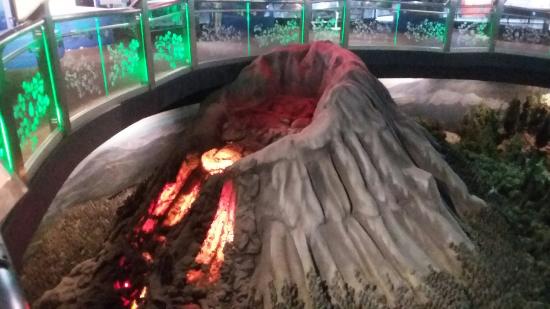 “The Petronas Towers, also known as the Petronas Twin Towers (Malay: Menara Petronas, or Menara Berkembar Petronas), are twin skyscrapers in Kuala Lumpur, Malaysia. According to the Council on Tall Buildings and Urban Habitat (CTBUH)’s official definition and ranking, they were the tallest buildings in the world from 1998 to 2004 and remain the tallest twin towers in the world.”

“The National Monument is a sculpture that commemorates those who died in Malaysia’s struggle for freedom, principally against the Japanese occupation during World War II and the Malayan Emergency, which lasted from 1948 until 1960.”

“The National Textile Museum (Malay: Muzium Tekstil Negara) is a museum in Kuala Lumpur, Malaysia. The museum is open daily from 9am to 6pm, free admission.”

Who could say no to a little Moorish & Indo-Saracenic architecture?

“The National Museum (Malay: Muzium Negara) is a museum located on Jalan Damansara in Kuala Lumpur, Malaysia. The museum is situated in close proximity to the Perdana Lake Gardens and it provides an overview of Malaysian history and culture.”

“The Islamic Arts Museum Malaysia (Malay: Muzium Kesenian Islam Malaysia) was officially opened on 12 December 1998. The museum is located in the heart of Kuala Lumpur’s tourist belt amidst the lush greenery of Perdana Botanical Gardens and within walking distance to the National Mosque, Bird Park and National Planetarium.”

“Batu Caves (Tamil: பத்து மலை) is a limestone hill that has a series of caves and cave temples in Gombak, Selangor, Malaysia. It takes its name from the Sungai Batu (Stone River), which flows past the hill.”

I think it’s clear from the name why you should visit.

*Anything in quotes is from Wikipedia unless otherwise noted. 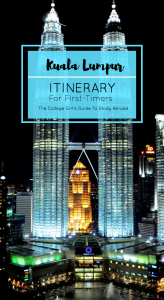 2 thoughts on “Top 17 Things to do in Kuala Lumpur, Malaysia”