1. Gibraltar is a British territory, although it has been a point of contention with Spain since forever (and by forever I mean the early 1700s).

2. The population of Gibraltar is about 30,000, so rumors spread quickly.

3. Most people in Gibraltar speak English, although members of the older generation are often bilingual in Spanish and speak a form “Spanglish” known as Llanito at home.

4. Gibraltarians consider themselves to be culturally British, rather than culturally Spanish. 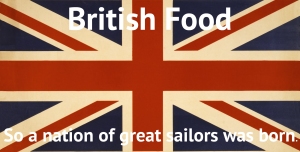 6. A lot of people who work in the shops are actually from Spain.

7. Gibraltar is one of the richest countries in the world and has an excellent education system.

8. Gibraltarian and British children who live in Spain cross the border by foot each day to attend school in Gibraltar.

9. The government of Gibraltar pays to send its students to university in the United Kingdom.

10. Although there is currently no university in the territory, plans for a University of Gibraltar are in the works.

11. Gibraltar has a very religiously diverse population. Spanish and British influence brought Catholicism and Protestantism to Gibraltar respectively. The territory’s proximity to Morocco accounts for the large Muslim population, and Gibraltar is also home to many Jews whose ancestors fled south following the Spanish Inquisition. There is also a small Hindu population and a Hindu temple.

12. Gibraltar uses the pound (although many stores also accept the Euro). However, their money says Gibraltar on it.

13. Gibraltar celebrates National Day on September 10th. Each year they release 30,000 red and white balloons – one for every citizen.

34 thoughts on “13 Interesting Facts About Gibraltar”